Share a memory
Obituary & Services
Tribute Wall
Read more about the life story of Randall and share your memory.

Randall Joe Dudley was born on June 10,1950 to Quannah and Lillian “Boots” Dudley at the Sadler Clinic in Merkel, Texas. Joe was the youngest of four children. Joe gave his life to the Lord as a boy at Calvary Baptist Church in Merkel. He graduated from Merkel High School in 1968, where he was an outstanding football player. He was also known to be an excellent livestock showman and won many accolades during his livestock show career. Joe attended Cisco Junior College where he was on the rodeo team as a bareback rider. After his time at Cisco, he farmed, ranched, and spent the majority of his career as a tool pusher in the oil field. In the fall of 1970, Joe married Yvonne Allison. They had three children: John Paul, Robynn, and Randy Joe. They lived on Ash Street and continued to farm and ranch. Yvonne passed away in 1981 from ALS. On June 27, 1986, Joe married Tammie Cunningham. Breanna came along in March of 1991, completing the Dudley family. Joe drilled the first directional oil well in the State of Texas under the runway of Dyess Air Force base. There are not many parts of Texas/New Mexico that Joe had not worked in. He could name every small town in all parts of Texas and tell you the best places to eat. Joe did not meet a stranger and could always be counted on to tell a good story. He loved black Brangus cattle and attending stockshows. He was one of the pioneering members of the Texas Brangus Registry. Joe was also an avid supporter of the Merkel FFA and Merkel Livestock show. It brought him great joy to see local youth involved in the ag industry. Joe was not just a working man. He loved  taking a vacation to the cool pines of Colorado and New Mexico. Their many family vacations camping and fishing in the mountains. His favorite place to fish was in the lakes and rivers around South Fork, Colorado. In 2015, Joe rededicated his life to the Lord and was baptized along with his wife, Tammie. Together they attended and served at Northside Baptist Church in Abilene. Not only was Joe a hard-working man, he fiercely loved his wife and family. He would talk about how much joy his grandchildren brought him. He loved spending time with his grandchildren, especially on summer visits where a lot of time was spent in the pool, and eating more than a few watermelons and fried chicken! He always made sure to tell his grandkids, “I love you and I’m proud of you” before saying goodbye. Joe’s family would like to give a special thank you to the doctors, nurses, and staff at Hendrick Dialysis Center. He was preceded in death by his parents, his first wife Yvonne, and sister Sharon Conlin. He is survived his wife Tammie, sons John Paul (Millie) of Weeki Wachee, FL and Randy (Cara) of Centerville, Tx, daughters Robynn (Theron) of Buffalo Gap, Tx, and Breanna of Merkel, grandchildren Theron Jr., Morgan, Caraline, Quannah, Kenlee, Brinlee and Brandon, and many nieces and nephews. Pallbearers are Theron Holladay, Theron Holladay, Jr., Quannah Yance Dudley, Jeff Whisenhunt, Jeff Toombs, Ricky Cullins, Cody Cribbs, Judd Langley, and Larry Hewitt. Officiant will be Jacky Reynolds. Joe will be laid to rest at Rose Hill Cemetery after the church service.

To send flowers to the family or plant a tree in memory of Randall Joe Dudley, please visit our floral store. 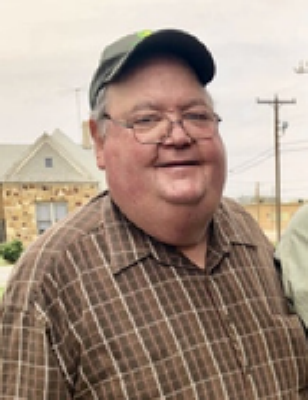