Share a memory
Obituary & Services
Tribute Wall
Read more about the life story of Frank and share your memory.

It is with great sadness that we announce the passing of our father and grandfather, Frank Duran, on December 4, 2022 in Abilene, Texas after a sudden illness. He was blessed to live a full and active life to the age of 95.

Frank was born on June 4, 1927 in Merkel, Texas to Juan and Concepcion Duran. He married Cynthia Biera in January 1950 and was a father to 3 daughters Susan, Rosemary, and Roberta.

Frank was a hard worker and generous provider. He always made sure his girls and grandchildren were safe and taken care of. He was dedicated to his faith as a member of Our Mother Of Mercy Catholic Church in Merkel. Throughout his life he sang in the choir and assisted in many ways with the church, either by fundraising, social events, or helping to maintain the church. He worked for Starbuck Funeral Home for almost 40 years and even after retirement continued to work part-time for Palmer Motors in Merkel for several years. He served as a member of the Pleasantville Committee in Merkel.

Frank loved his hometown of Merkel and the many friendships he gained being a part of this community. One of his proudest moments was when he was chosen to represent the Catholic Diocese as a Eucharistic Minister during the mass held by Pope John Paul II in San Antonio, TX in 1987, the largest mass in Texas history to this day.

Frank was truly a dedicated sports fan. He followed the Merkel Badger football teams, loved the Dallas Cowboys, San Antonio Spurs and the Texas Rangers. He cheered the wins and pushed through the losses.

Visitation will be Thursday, December 8, 2022 from 5 to 6 PM; the recitation of the Rosary will be from 6 to 7 PM at Starbuck Funeral Home Chapel.  Mass of Christian Burial will be held at 10:00 AM, December 9, 2022 at Our Mother of Mercy in Merkel, Texas, burial will follow at Rose Hill Cemetery. Services are under the direction of Starbuck Funeral Home.

To send flowers to the family or plant a tree in memory of Frank Duran, please visit our floral store. 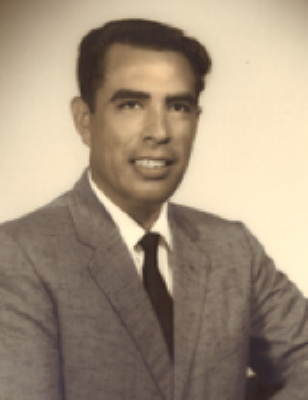