Share a memory
Obituary & Services
Tribute Wall
Read more about the life story of Billy and share your memory.

Billy Joe Martin Sr. was born on April 17, 1936, in Kerrville, TX. On December 26, 2022, at 86 years old, he left this world for his heavenly home. Bill grew up in San Angelo, Texas, and made his living as a scrap dealer. He’d tell you the most important thing he did on this earth was raising his sons. He was so proud of each of them. Bill was a selfless, tenderhearted, salt-of-the-earth kind of man, and you can see these qualities in his boys. Like father, like sons. Bill loved to tell stories about the good ol’ days, talking on his CB radio, playing bingo or slots, and camping with the family. He loved Loretta Lynn, and one of his favorite stories to tell was about how he met her. You would often find him catching a nap on the floor, face propped up on a coke bottle, and some of the kids plotting how to knock it out from under him. One thing most of the family will remember Bill for is his desire to get somewhere fast. It was scary to ride with him; he went from point A to point B as fast as he could. We’d like to think that’s how he got to Heaven - as fast as he could, even if it was too fast for us. Bill is preceded in death by his parents, J.H. and Luzelle Martin; wife, Shirley Ann Barnett; brother R.B. Martin; sisters: Ethel Martin, Jessie Penny, Mary Jackson, and Darlene Martin; sons, Billy Martin Jr., and Kippy Dewayne Johner; and daughters-in-law: Tina Martin and Brenda Martin. Bill is survived by his sons: Paul Martin, Jessie Dewaynn Martin, and Tommy Lee; Sisters: Margie Jackson, Donna Richards, and Margie Ann Martin; Brother Larry Ray Martin; and long-time companion, Ada Louise McHenery. Bill is also survived by numerous grandchildren, great-grandchildren, nieces and nephews, and extended family - who simply called him Uncle Billy Joe. His memory will live on in our hearts and in the stories we share. We find comfort that Bill is with Jesus, probably playing bingo and telling Mrs. Loretta Lynn all about his family. …Weeping may endure for a night, But joy comes in the morning. Psalm 30:5 Rest in peace, Uncle Billy Joe.

To send flowers to the family or plant a tree in memory of Billy Joe Martin Sr., please visit our floral store. 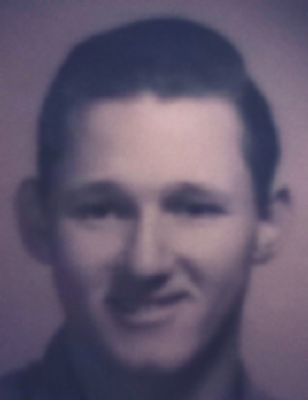